"Bossier" is out today!

My story "Wage Slave" is out today in "Bossier," #lesbianerotica tales about work! New from @LadylitPub
Posted by Emily L. Byrne at 7:34 AM No comments: 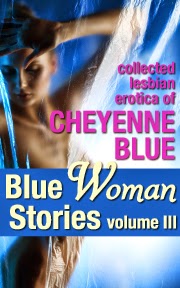 “Same Same But Different”
Thank you, Emily, for once again hosting me on your blog.  I’m happy to be back here.
There’s a singer-songwriter much beloved in Australia, but little known of in the rest of the world.  Paul Kelly has been around since the 1980s, and has an enormous body of work spanning musical genres and styles.  Many of Paul’s tunes are some of my all-time favourite songs, so a couple of years back, when he released his memoir How to Make Gravy, I snapped it up.
The memoir was a fantastic read, but one thing leaped out at me.  Paul freely admits to borrowing ideas, patterns of notes, the occasional riff, even words from other songs.  He cites a long tradition of this in songwriters and authors.  However, Paul takes these words or notes and makes them uniquely his own, changes them subtly, moves the order around.
Now very few authors would ever admit to stealing other people’s lines.  With good reason—plagiarism is a nasty thing, copyright infringement even nastier.  But here we all are, writing stories of love, of romance, of sex, of break ups and getting together, of long term lovers, and one-night stands. Sex and more sex.  The plots, when distilled to their elements, are all so very similar.  And of course, most people can tell you that there are only seven basic story plots and every book ever written slots into one of these metaplots.
But what keeps us writing, what keeps readers reading, is the slant we put on our stories of girl meets girl.  Our own words, our own style, different settings, different adversity, attraction, angst, conflict and resolution.  Oh yes, different resolutions.
I could read lesbian romance and erotica every day and still be amazed at the diversity and skill of writers in our genre.  Like Paul Kelly, writers of lesbian stories put their own individuality on a basic common theme and most stories come out new and fresh and arousing.
I have a new mini-anthology out, which I hope highlights some of my own diversity of writing.  Blue Woman Stories Volume III: collected lesbian erotica of Cheyenne Blue, like Volumes I and II, contains five of my previously published stories spanning the decade and a half that I’ve been published.  They are all lesbian, they are all erotic, they all have an element of romance, some more than others, but although they all fall into the simple girl-meets-girl category of storytelling, I think they are all very different from each other.
In A Story About Sarah, Melly tells the reader about her lover, the only other girl in a remote mining camp in outback Australia.  She tells the story of their life and their love. Two of the other four stories are more transient encounters. In Carrowkeel, a tourist meets a New Age hippie in a prehistoric tomb in Ireland, in the second, Irish Abroad, an Irish tourist alone in Las Vegas has the chance to reinvent herself to a tough biker dyke.  The remaining two stories catalog the start of relationships: an experienced nurse takes a student under her wing in Nurse Joan, and in Run, Jo, Run two women fall in love through their mutual passion of fell running.
I hope you enjoy this collection.
Leave a comment on this post (with your email address) and one random commenter will win their choice of Blue Woman Stories Volume I or Volume 2.  The winner will be drawn on 30 April 2015.
Finally, if you have your own lesbian story to tell, my latest Call For Submissions is open until 24 April 2015.  http://www.cheyenneblue.com/#/archives/894
Blue Woman Stories Volume III: collected lesbian erotica of Cheyenne Blue is available from the following places:
Direct from Ladylit  http://www.ladylit.com/books/blue-woman-stories-volume-three-by-cheyenne-blue/
Amazon US http://www.amazon.com/dp/B00VMZOA7Q/
Amazon UK http://www.amazon.co.uk/dp/B00VMZOA7Q/
Amazon CA http://www.amazon.ca/dp/B00VMZOA7Q/
Amazon DE http://www.amazon.de/dp/B00VMZOA7Q/
Amazon AUS http://www.amazon.com.au/dp/B00VMZOA7Q/
All Romance https://www.allromanceebooks.com/product-bluewomanstoriesvolume3collectedlesbianeroticaofcheyenneblue-1773357-362.html
Smashwords https://www.smashwords.com/books/view/532069
Kobo https://store.kobobooks.com/en-US/ebook/blue-woman-stories-volume-3
ITunes US  https://itunes.apple.com/us/book/blue-woman-stories-volume-3/id982228203?mt=11&ign-mpt=uo%3D4
ITunes UK https://itunes.apple.com/gb/book/blue-woman-stories-volume-3/id982228203?mt=11&ign-mpt=uo%3D4
Cheyenne Blue’s erotic fiction has been included in over 90 erotic anthologies since 2000, including Best Lesbian Erotica, Best Women’s Erotica, Sweat, Bossy, and Wild Girls, Wild Nights. She is the editor of Forbidden Fruit: stories of unwise lesbian desire (Ladylit). Under her own name she has written travel books and articles, and edited anthologies of local writing in Ireland. She has lived in the U.K., Ireland, Colorado, and Switzerland, but now writes, runs, makes bread and cheese and drinks wine by the beach in Queensland, Australia. Check out her blog at www.cheyenneblue.com, on Twitter at IamCheyenneBlue and on Goodreads at https://www.goodreads.com/CheyenneBlue


From Top To Bottom: Lesbian Erotica Stories of Dominance and Submission (working title)
Editor: Harper Bliss
Publisher: Ladylit Publishing
Deadline: 1 September 2015 (earlier submissions preferred)
Payment: US$50.00 plus a free e-book of the anthology in each format (epub, mobi, pdf)
Rights: First worldwide digital and print rights
I am looking for sexy, well-written lesbian erotica stories with a clear power dynamic. Your story should feature kinky sex between two or more women, from bondage scenarios to power play to role play to sadism and masochism. I want characters with a range of age, race and sexual experience. I welcome both stories from the dominant and the submissive’s point of view. Dommes are not required to be perfect—show me their flaws and vulnerabilities!—and subs shouldn’t be pushovers. Show me what makes your characters tick. I’m not that interested in stories of extreme humiliation, but welcome stories where pain is pleasure and vice versa. Give me a good spanking. Handcuffs. A nicely cracking whip. A top who knows what she’s doing and a bottom who’s not afraid of some unexpected pain. Surprise me with your sadism, and with how your sub can only truly take it because of the deep emotional connection with the one she must surrender to.
Stories should have a unique voice, strong characters, tension, and rising action. All characters must be over 18.
Please note the usual no-nos apply: no incest / underage sex / rape / necrophilia / bestiality. No poetry please.
Preferred length: 3000 – 6000 words
Unpublished stories only.
US English. Please submit a double-spaced Microsoft Word document, using a 12-point serif font, such as Georgia or Times New Roman. One inch margins. If using a pen name, include both real and pen name on the manuscript.
Send your story as a .doc or .rtf file attachment to submissions at ladylit dot com. Please include ‘From Top To Bottom’ and your story title in the subject line.
In the body of the email please include your legal name, pen name (if applicable) and a short bio of no longer than 100 words written in 3rd person.
Established authors welcomed, newcomers encouraged. I look forward to reading your work.
All submissions acknowledged within 5 days and acceptances notified by 1 October 2015. The anthology will be released in November 2015.
Posted by Emily L. Byrne at 8:09 AM No comments: 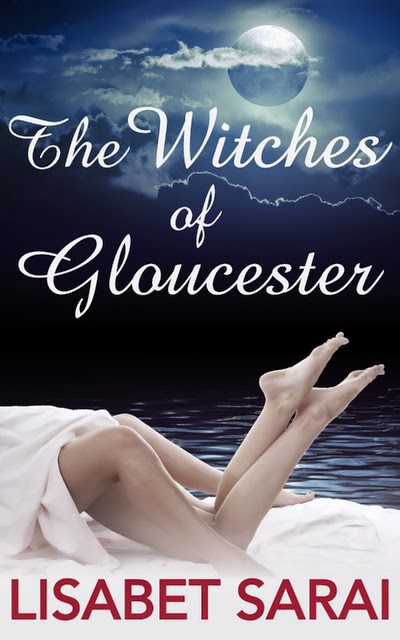 The Creative Power of Opposition
By Lisabet Sarai

In the past few years, I’ve discovered a surprisingly effective method for kick-starting my imagination: look at what I’ve been doing, then do the opposite. Some of my best stories have grown out of frustration, a feeling that I’d gotten stuck writing the same sort of tales over and over.

For instance, I wrote “The Antidote”, which appeared in The Mammoth Book of Best New Erotica 11, as a reaction to a long spell penning nothing but erotic romance. I was tired of toning down my language and keeping a tight rein on my characters’ sexual attractions and activities, so that they only lusted after the person involved in their happy endings. “I need an antidote to all this romance stuff,” I told myself, then realized I had a great title. The story unfolds in a near-future in which an authoritarian government suppresses sexual desire in the interests of public order – but where a highly illegal antidote is available, for those willing to take the risk.

My multi-genre novel Rajasthani Moon began as a reaction to the current tendency to slot every story into a well-defined sub-genre. “Let’s see how many different genres I can include in a single book,” I thought. The resulting mash-up has elements of steampunk, suspense, shapeshifter, ménage, BDSM, Bollywood (a sub-genre only Totally Bound seems to recognize) and Rubenesque genres. Personally, I feel it’s one of my most successful works, at least from an entertainment perspective. As one reviewer wrote:  “At first you have a kidnapping fantasy with rip roaring sex that honestly left me breathless. Then you have a ménage with kinky toys that made me crunch ice. ( A lot). Then you add a paranormal twist and I couldn’t decide what I enjoyed more. It all worked. Every part of it.”

My recent release The Witches of Gloucester likewise started in a search for contrast. I was putting together a volume of my lesbian erotic short stories to submit to LadyLit. In the process, I noticed a lot of similarities among the tales. All but one were realistic stories with contemporary settings. Every one revolved around just two women, and most of the stories chronicled the characters’ first sexual encounter. I thought I needed something different, for balance. A paranormal fantasy, perhaps. And maybe I could work in a three-way lesbian ménage, perhaps with some moderately hard-core activities. Furthermore, perhaps I could create some characters who were lovers with a long history, women who knew one another extremely well.

I started writing about Marguerite and Beryl, the two resident witches of Gloucester, Massachusetts, and found I couldn’t stop. The floodgates opened. At the outset, I expected the tale to be in the 4-5K region. It turned out to be more than 12,000 words.

When I submitted the manuscript for the collection to LadyLit, they recommended that we pull out Witches and publish it as a standalone title. Of course, I’m happy to have two books rather than just one...but now I’m back in the situation of thinking the collection (entitled Her Own Devices) might not have sufficient variety!

Anyway, here’s the blurb for The Witches of Gloucester. The book is available now—you’ll find a full list of links at http://www.ladylit.com/books/the-witches-of-gloucester-by-lisabet-sarai/ and an excerpt on my website (as well as several others on my blog).

It’s not about power. It’s about love.

The historic port of Gloucester, Massachusetts has a special charm, due at least in part to its resident witches. For decades, raven-maned Marguerite and red-headed Beryl have lived among its hard-working inhabitants, making magic and mischief. Love and sex fuel their supernatural abilities, but duality limits their power. To reach their full potential, they need a third witch to complete their circle.

* * * *
I want to thank Emily for giving me the opportunity to come by and shout out about the book. Although I’ve been writing lesbian fiction for years, this is my first stand alone F/F title. I’m really hoping that people will enjoy it.

LISABET SARAI writes in many genres, but F/F fiction is one of her favorites. Her lesbian erotica credits include contributions to Lambda Award winner Where the Girls Are, Ippie-winning Carnal Machines, Best Lesbian Romance 2012, Forbidden Fruit: Stories of Unwise Lesbian  Desire,  and Lammy-nominated Coming Together: Girl on Girl. Her story “The Late Show” appears in the recently released Best Lesbian Erotica 2015.

Lisabet holds more degrees than anyone would ever need, from prestigious educational institutions who would no doubt be deeply embarrassed by her explicit literary endeavors. She has traveled widely and currently lives in Southeast Asia, where she pursues an alternative career that is completely unrelated to her writing. For all the dirt on Lisabet, visit her website (http://www.lisabetsarai.com) or her blog Beyond Romance (http://lisabetsarai.blogspot.com).