I started writing erotic short fiction way back in 1997, when the writing and publishing landscape looked very different. Those short stories were amongst the first fiction I ever wrote. I came to fiction when I was 33, a miserable law student in need of an outlet. Within 3 months of starting to write, I'd quit law school to make time to write even more. I wrote a lot, all of it short fiction of various lengths as well as the occasional article for local newspapers and websites. I wrote in several genres including erotica, fantasy, romance and some mixed genre stuff. But erotica was the primary genre that I published in for my first decade of being a published author and it was the first one where editors consistently asked me to write stories for their projects.


Gaming tie-in writing is something new to me so each project requires some research on my part as well as a clearing of the proverbial decks of other projects to make room for producing something that meets the editor's requirements within the given timeframe. It's challenging and fun to try and match a new audience's expectations in much the same way I've always tried to do with my erotica.

Here are the 3 main things that I learned from erotica that are proving very useful now in this brave new world.

My first gaming tie-in story: "Incarnadine Seas" (written as Catherine Lundoff) appeared in The Cainite Conspiracies: A Vampire the Masquerade V20 Anthology edited by Monica Valentinelli. I've got something else forthcoming in another World of Darkness anthology and some possibilities in the pipeline; more news as I have it. 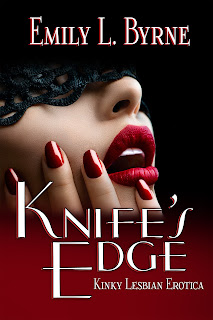 And another new acceptance!

So pleased! I'm also working on my next single author collection so more news coming soon!
Posted by Emily L. Byrne at 9:37 AM No comments: