I just got word that my story"Lovely Rita, Meter Maid" has been accepted for The Mammoth Book of Uniform Erotica, edited by Barbara Cardy (Running Press, 2015) on Thursday, and pending publisher approval, that my story "Toads, Diamonds and the Occasional Pearl" has been accepted for The Princess's Bride, edited by Sacchi Green (Cleis Press, forthcoming). I've also got a story up for Best Lesbian Erotica so it's been a good run so far. :-D

In the next couple of weeks, I'll also be posting excerpts and info from Forbidden Fruit, the new anthology from LadyLit Press that includes my story "The Further Adventures of Miss Scarlet." Stay tuned!
Posted by Emily L. Byrne at 6:00 PM No comments:


My guest today is author, editor and podcaster Nobilis Reed, here to talk about his new serial, "The Monster Whisperer." 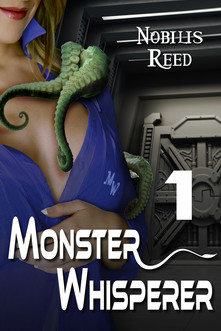 The "Monster Whisperer" serial started off as a simple parody, but it became much more than that, and I'm excited about the directions it's going.
I've been involved with tentacle erotica for a while now. I've edited two anthologies (one of which, Coming Together: Arm in Arm in Arm[1] is still available) and written a number of short stories, with all sorts of premises. In some quarters I'm kind of known for it. Along the way I played around with the expectations regarding the relationship between the monster and the human in the story; some had the traditional tropes from hentai, but in other stories I explored other directions.
The Monster Whisperer series started off as a parody of a certain TV show about humans and their relationships with dogs. In this program the host often admonishes the humans to maintain a calm, assertive energy that felt to me like it had a strong parallel to the stereotypical sexual dominant. And since my mind runs in those directions, this thought carried through to what kind of pet owner would be a submissive? Someone who kept a tentacle monster, of course.
I wrote the first story ‎as a simple day-in-the life of Dale Clearwater, as she goes about her business of providing guidance to folks who keep tentacle monsters as sexual partners, often advising them to express fear and excitement to bring out the dominant nature of their creatures. I published it in my podcast, and that was kind of that.
And then the story started getting feedback. Lots of feedback. People really liked Dale, really liked the fact that she was publicly, unashamedly kinky in a galaxy that didn't always appreciate it; that she was courageous without being violent and sexually submissive without being weak. They also liked that nobody really cared that she was bisexual.
And I had to admit, I liked her too.
So I wrote another one. At this point I wanted to make it clear that sex with a tentacle monster was not bestiality, so I started working on the psychology of the tentacle monsters. This involved deciding where it was that they came from, and how their intelligence was different from humans.
A big help in this regard was my friend Ann, who has two parrots, arguably some of the most intelligent (and obstinate) creatures humans keep as pets. Also quite useful were some theories about dolphin intelligence that I came across. In the Monster Whisperer universe, tentacle monsters are sentient creatures, but since they don't use symbols or language, it's not an intelligence that's easy for humans to communicate with or understand.
That exploration becomes a theme in the episodes that followed, as Dale stumbles upon the secret of tentacle monster intelligence, and begins to fall into a deeper rapport with them.
Since a long format story, especially a serial, needs to have multiple plot threads, I gave Dale a human ex-lover, and enthusiastic protégé. Both of these relationships have complicated sexual undertones.
And since I wanted to explore the attitudes toward tentacle monsters in the rest of the galaxy, I introduced a terrorist organization devoted to liberating tentacle monsters and returning them to their "wild" state, and a martial arts monastery where the monks refine the art of defense against tentacle monster attacks.
Life hasn't been easy for Dale Clearwater.
Here's an excerpt from the beginning of the first episode:

You can find the entire first episode of Monster Whisperer for free on my podcast, in audio format[2]. The other episodes can be obtained by buying the podcast app from the iTunes[3] or Amazon[4] app stores. If that isn't an option for you, I've also posted ebook and audio versions on Scribl[5]. 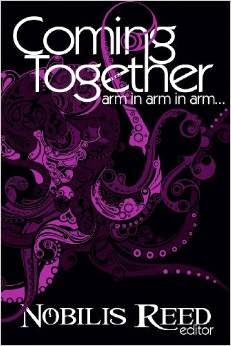